An artist with a paint brush gives a canvas a breath of life. Minds, great and not so great have chosen the barren land that is Konza for glory. A visit there at the moment will reveal a land which is still somehow a virgin. It has undergone a wide variety of changes since time immemorial but it has never been defiled. Disregarding the monster that is the climate change. 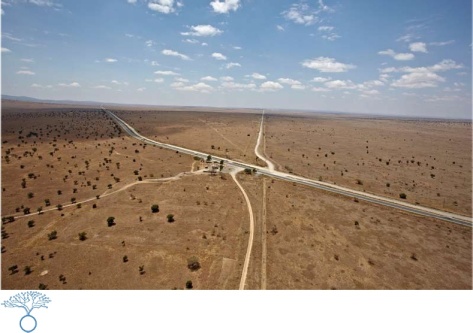 Crickets are chirping. The sounds, though monotonous, are happy.  An antelope will run on the plains as the sun comes out from the east. A beautiful sight. Press the fast forward button. Soles tap on the concrete with the nearly monotonous click-clack. Making their way to the offices. A city borne in the savannah. Built by infrastructure. Not people.

Grand, post-modern offices overlooking an artificial lake. How cool is that. They are shining, glowing in the morning sun rising from the east. Ultra-modern skyscrapers nearly overshadowing the ever blue sky. The city has its head in the clouds, literally. Welcome to the city of the future. Nearly resembling a scene out of a science fiction movie. Electric cars produce and audible hum. The technology is getting even better. The once hypothetical hover-cars from Volkswagen are now a reality, and what’s a better place to test them but in an all tech city?

It is a $7 billion dollar project. The project will lead to creation of 200,000 jobs in Business Process Outsourcing (BPO) and in related I.T services and sectors. The ground breaking was held recently after being continuously postponed due to lack of interest from the private sector. A lot of cash has been spent on advertising and marketing it.

Is the project aimed at hoodwinking the public and making the government look good? Many, I included would like to think so. I do not think the main target group, the real stakeholders, the techies, were consulted when it was thought up. The government could have first provided high speed internet to the wanjiku. That could be a start. After the hullabaloo of the optic-fibre, unless I am in a good office I result to using an Internet dongle from a service provider who milks every cent in exchange for slow speeds. There are five tech hubs on Ngong road. They could really do with subsidized rent, high speed cheap internet and government support. That is getting in touch with the people. The people who can bring this mammoth city to life.

An artists’ impression of the city shows nearly all the logos of the big multi-national tech companies. Some which came out of Silicon Valley as startups. I don’t if this is just to make a point or those are the people they want there. I don’t have a problem with Apple or Microsoft setting up shop there. But what is government doing to ensure the startups coming up every day are not dead within a year and in the future they will create jobs there? I would be happy if  Shoppers Galore had a space there. But it died before it started due to the red tape existing in the country.

They have tried to paint a picture of the city. I do hope they are wrong though. If you are financially embarrassed with dreams of ground breaking innovation Konza may not be for you. The last time I checked most of the youth/techies fit the description. It seems the city is tailored for multi-nationals and any locals firms with lots of money.

One thought on “Silicone Savannah, A midsummer’s dream?”

There was an error retrieving images from Instagram. An attempt will be remade in a few minutes.